NOTICE: We are open and fully operational for servicing our clients, however, in light of the Coronavirus (COVID-19) all consultations will be conducted by phone or video conference until further notice. Please contact the firm for more information.

About Attorney Luis A. Guerra 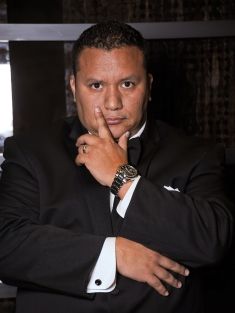 Mr. Guerra was born in Peru to a pair of doctors who gave him the best upbringing possible. In 1989, when he was only 15 years old, he came to the U.S. for a visit and fell in love with the country, deciding to remain here and overstaying his visa. His parents—and the rest of his family as well—thought this was a crazy move, particularly for someone so young, and even traveled from Peru in an attempt to bring him home. He refused, saying that this was now his home. Before leaving, they made him promise that he would obtain an education, a promise which he upheld, but not without a struggle.

Fighting for the Right to Stay in the U.S.

When he first arrived in the United States, Mr. Guerra at that time did not speak a word of English and had to take many low-paying jobs just to get by. Making matters even more challenging, he had to literally fight to secure his green card and the right to stay in the country. He was even placed in deferred inspection and was nearly deported at one time. Finally, he achieved permanent resident status, followed by full citizenship. Along the way, he worked and went to school at the same time, even earning an International Concentration Certificate by studying international law in London through a University of Notre Dame program and in Rio de Janeiro as part of a Georgia State University program.

He ultimately graduated from the Nova Southeastern University Shepard Broad Law Center in the top 5% of his class. Since then, he has made it his duty and privilege to help others through his experience and education and has become an active member of the American Immigration Lawyers Association.

Board Certified in Immigration & Nationality Law

As of 2014, Mr. Guerra is proud to say he is board certified in immigration and nationality law by the Florida Board of Legal Specialization and Education. Board certification is a high accomplishment for an attorney and proves they have been evaluated for professionalism and competence in their area of the law. In Florida, only attorneys who have been Board Certified can identify themselves as specialists or experts.

By becoming board certified, Mr. Guerra has met all of the following requirements:

Contact Our Firm to Learn How Mr. Guerra Can Fight for You

All these experiences have made Mr. Guerra passionate about immigration law, and our firm is dedicated to providing quality and personal service to our clients. We can work with you in Spanish, and unlike at many law firms, you can feel confident that your attorney—not a secretary or legal assistant—will be meeting with you to explain everything in your native language. Immigration law is under federal jurisdiction, so we can represent you in courts throughout the country. Mr. Guerra feels that he is living the American Dream and wants to help his clients do it as well.

Contact us now at Guerra Sáenz, PL for an initial consultation and to get started on your case.